He is risen! He is risen indeed! Hallelujah! Today is Easter, Resurrection Sunday.   Lent has been finished. Have you prepared your body, mind, and spirit for worshipping our risen Savior? We have talked about why He came, what He did, what He expects of us, and learned many things these past forty days, but the most important thing about Lent is have we prepared ourselves for Easter and worship? Are you ready?  Me, too!

Churches have all types of Easter services some started on Friday night and go through tonight. One of the most popular is the Sunrise Service. Did you go today?  It is a special time to worship and usually done outdoors.  If not today have you ever worshipped at dawn on Easter watching the sun come up and imaging Jesus Christ rising from the dead? It doesn’t matter when or where we worship, just that we do. 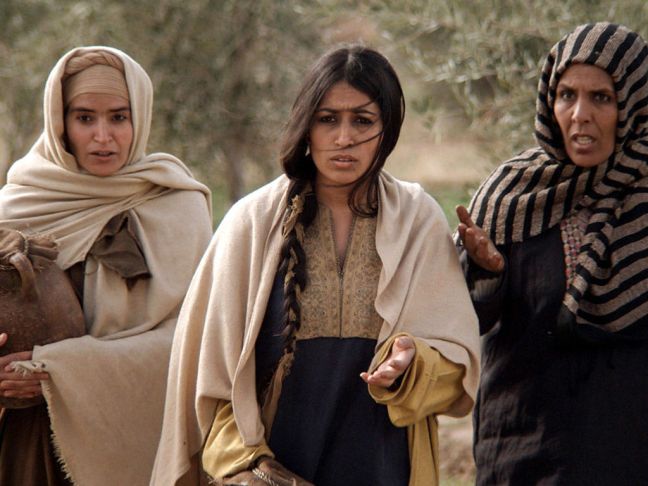 On Easter morning the women went about their normal routine of checking the tomb for Jesus.  What they found today was quite different.  An angel sat on the huge stone that had been rolled away. 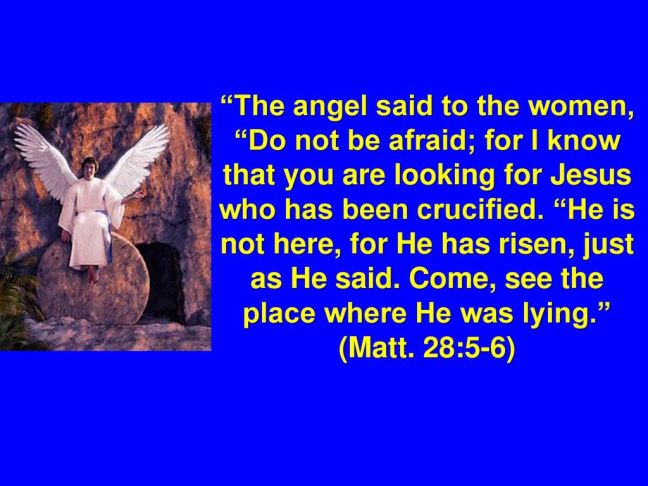 The Bible says Mary, mother of James, Mary Magdalene, Joanna, and Salome gathered at the tomb and saw that the large stone had been rolled away from the entrance. An angel was there and said “Don’t be afraid! I know you are looking for Jesus, who was crucified. He isn’t here! He is risen from the dead, just as He said would happen.” (Mt. 28:5-6, NLT).

When they looked inside the tomb it was indeed empty. The angel asked them “Why do you look for the living among the dead? He is not here; He has risen! Remember how He told you that He would be turned over to sinful men, be crucified, and rise again on the third day!” – Luke 24:6-7

The shroud covering Christ’s body was neatly folded and placed where His body had been.  That is significant because during those times a folded napkin at a table meant the person would return.  He was not finished.  He was returning.  Jesus took the time to send that message to His followers. “I am returning.”   He was not finished yet.

Jesus had accomplished what was foretold by the prophets. God’s Son was beaten, accused, crucified, placed in a tomb, and He arose on the third day. He had done what He said He would. He conquered sin and death. Our sin debts had been stamped “paid in full” because of our Savior. He gave everything for our salvation, but what have we given in return? Do I give Him my love and devotion? My obedience? Have I submitted my will to His?

Take time this Easter to really worship and think about the great sacrifice Jesus made for you. He didn’t just die on the cross for the disciples and Bible people. We are included in the covenant, too. He died for Cheri, Janice, Joyce, Tom, Donna, Den, Vanessa, Jason, and even me. Yes, He died for us, but He arose. He paid the price so that we may reign in Heaven as heirs of the true King. He died so that we might live. Life after death is real. It is our gift for the taking.  Rejoice! He is alive. Worship Him. He will return as promised. Let’s rejoice, worship, and stay ready. 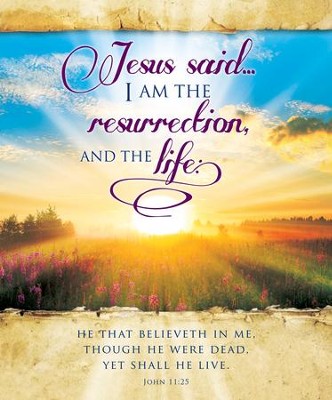 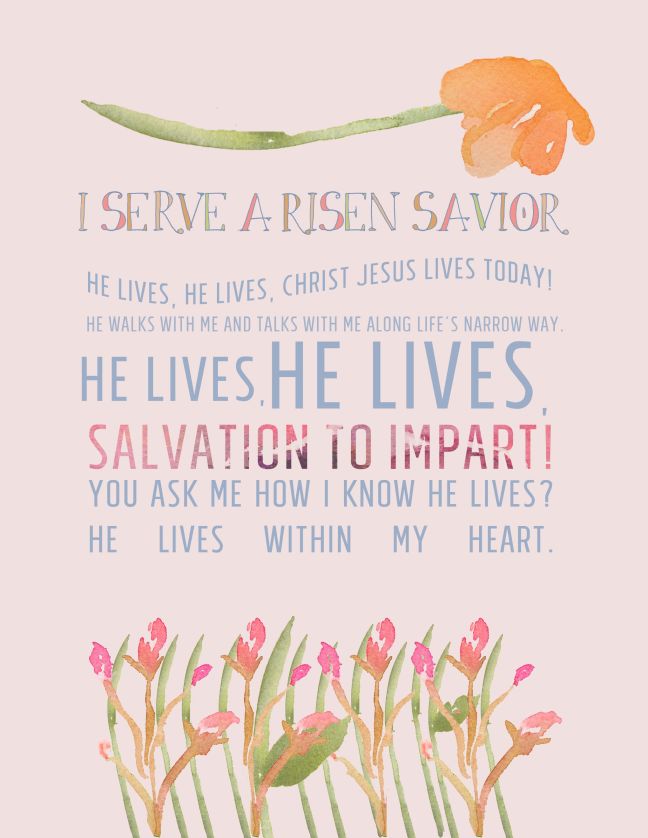