The Thief of Lanwyn Manor by author Sarah E. Ladd is a Regency Romance novel.  Set in Cornwall, England in 1818 this book is captivating from the very beginning.  I was immediately engaged and could not put this page-turner down.

Author Ladd is an exemplary Christian novelist.  She weaves faith and life lessons beautifully through the tapestry of her story.  This book was well researched, well planned, and organized.  I learned more about mining.  It is nice to be entertained, educated, and inspired when reading a book.

The characters are certainly just that….characters.  They have quirks and lovable points. Julia Twethewey is the darling of this book.   She is strong, sassy, and smart.  Brothers Isaac and Matthew make for two completely opposite competing leading men.  The secondary characters are also well done.

I found mystery, intrigue, romance, as well as drama in this well written fiction piece.  The author took me to a place and time away from my own and made it come alive.  I felt like I was there and wanted to offer advice to my new friend, Julia.

Expect some twists and turns as the author throws in a few surprises.  The book is really enjoyable and I definitely recommend it.  The inspirational message sticks with you long after finishing the book.  It would make a perfect book club selection.  I gladly rate it 5 stars.  A copy was provided by Celebrate Lit but these are my honest words.

Book: The Thief of Lanwyn Manor

In this sweet Regency romance, Julia knows Matthew Blake, copper mine owner and very eligible bachelor, is the gentleman she should set her eyes upon. But why can’t she steal her gaze away from his younger brother, Isaac?

Cornwall, England 1818—Julia Twethewey needs a diversion to mend her broken heart, so when her cousin invites her to Lanwyn Manor, Julia eagerly accepts. Lanwyn Manor is at the heart of Cornwall’s mining industry, and as a guest Julia is swept into its intricate world. It’s not long, though, before she realizes something dark lurks in the home’s ancient halls.

As a respected mine owner’s younger son, Isaac Blake is determined to keep his late father’s legacy alive through the family business, despite his brother’s careless attitude. In order to save their livelihood—and the livelihood of those around them—the brothers approach the master of Lanwyn Manor with plans to bolster the floundering local industry. Isaac can’t deny his attraction to the man’s charming niece, but his brother has made his intentions to court the lovely guest clear. And Isaac knows his place.

When tragedy strikes, mysteries arise, and items go missing, Julia and Isaac find they are pulled together in a swirl of strange circumstances, but despite their own best efforts to bow to social expectations, their hearts aren’t so keen to surrender.

Sarah E. Ladd received the 2011 Genesis Award in historical romance for The Heiress of Winterwood. She is a graduate of Ball State University and has more than ten years of marketing experience. Sarah lives in Indiana with her amazing family and spunky golden retriever. Visit her online at SarahLadd.com; Facebook: SarahLaddAuthor; Twitter: @SarahLaddAuthor.

Click here to read an excerpt from the book.

For Him and My Family, January 14

For the Love of Literature, January 15

Through the Fire Blogs, January 16

The Meanderings of a Bookworm, January 17

She Lives to Read, January 22

My Precious Bits and Musings, January 24

Welcome to Celebrate Lit’s Book Tour for “The Governess of Penwythe Hall” by author Sarah E. Ladd.  I hope you enjoy reading about this Regency romance.  Be sure to enter the giveaway which is detailed at the bottom.

The first thing that drew me in to this novel was the beautiful, serene cover.  Next was the writing that captivated me from the very beginning.  Author Ladd has done a brilliant job with this poignant tale.

This is the story of Cordelia (Delia) Greythorne.  The book opens with her being newly widowed and threatened by her mother-in-law.  Immediately my heart went out to her and I felt her emotions.  I was invested in her story and could not put the book down.

The characters are very well thought in this English early 1800 fiction piece.  Delia is a strong woman with an admirable character.  She is employed as a governess and dearly loves the children under her care. Jac Twethewey of Penwythe Hall is the guardian for the children.  He is also their estranged uncle.  His character is also a strong willed one.  The children are delightful, especially little Miss Sophy.

Many relevant timely issues are touched upon in this stirring book.  Right at the beginning there is a major family issue and death.  Faith, depending on God, caring for others, facing fears, smugglers, making choices, and forgiveness are all touched on in this book.

In this book I found intrigue, mystery, light romance, history, inspiration, as well as twists and turns.  The writing was well done and took me to a place and time that I had never been.  It was easy to imagine the crashing salty waves and crusty characters.  I loved the attention to detail.  It was evident the author did her research.

I would recommend this for Regency lovers.  It is a very nice story that is engaging until the end.  I rated it a 4 out of 5 stars.  A copy was provided by Celebrate Lit but I was not required to write a review.  These are my honest thoughts.

Book: The Governess of Penwythe Hall

In the first of a new series from beloved Regency romance author, Sarah Ladd, Delia, a governess to five recently orphaned children, would risk anything to protect them . . . even her heart.  Cornwall was in her blood, and Delia feared she’d never escape its hold.
Cornwall, England, 1811
Blamed for her husband’s death, Cordelia Greythorne fled Cornwall and accepted a governess position to begin a new life. Years later her employer’s unexpected death and his last request to watch over his five children force her to reevaluate. She can’t abandon the children now that they’ve lost both parents, but their new guardian lives at the timeworn Penwythe Hall . . . back on the Cornish coast she tries desperately to forget.
Jac Trethewey is determined to revive Penwythe Hall’s once-flourishing apple orchards, and he’ll stop at nothing to see his struggling estate profitable again. He hasn’t heard from his brother in years, so when his nieces, nephews, and their governess arrive unannounced at Penwythe Hall, he battles both grief of this brother’s death and bewilderment over this sudden responsibility. Jac’s priorities shift as the children take up residence in the ancient halls, but their secretive governess—and the mystery shrouding her past—proves to be a disruption to his carefully laid plans.
Rich with family secrets, lingering danger, and the captivating allure of new love, this first book in the Cornwall Novels series introduces us to the Twethewey family and their search for peace, justice, and love on the Cornish coast.

Sarah E. Ladd received the 2011 Genesis Award in historical romance for The Heiress of Winterwood. She is a graduate of Ball State University and has more than ten years of marketing experience. Sarah lives in Indiana with her amazing family and spunky golden retriever. Visit her online, Facebook, and Twitter. 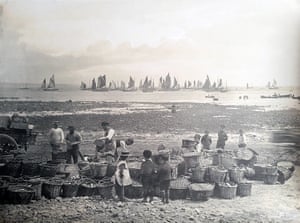 More About the Governess of Penwythe Hall

5 things to know about Cornwall, England:

1. Throughout its early history, Cornwall’s inhabitants called the country Kernow.
2.  Early inhabitants largely spoke their own language known as “Cornish,” which became nearly extinct in the 1800s
3.  The country has a long and rugged coastline and there were frequent shipwrecks.
4.  Fishing was a major industry, with herring, mackerel, and sardines being common catches.
5.  In 1870, novelist and poet Thomas Hardy called Cornwall “the region of dream and mystery.”

Imagine yourself in The Governess of Penwythe Hall with these pictures of 19th Century life in Cornwall
https://www.theguardian.com/uk-news/gallery/2016/may/19/everyday-life-in-cornwall-captured-in-the-19th-century-in-pictures 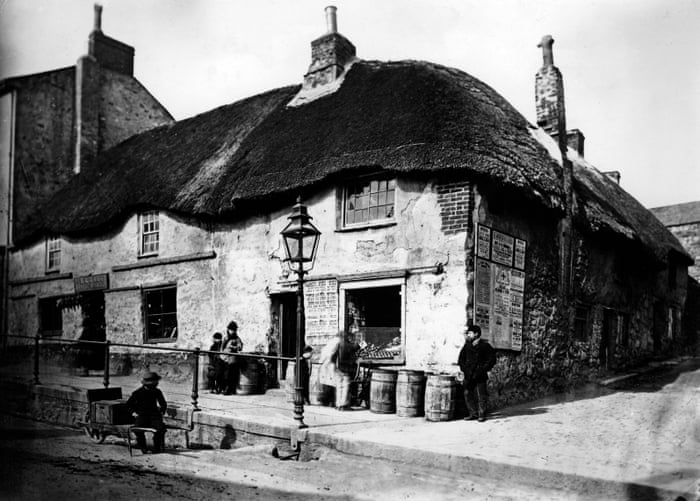 To celebrate her tour, Sarah is giving away a grand prize of a finished paperback copy of The Governess of Penwythe  Hall.  Be sure to comment on the blog stops (schedule below) for nine extra entries into the giveaway! Click here to enter and Good Luck! Sarah Ladd has created audio clips from The Governess of Penwythe Hall that will allow readers to hear how the Cornish names are pronounced.  The audio clips are available on Sound Cloud.
Loading Comments...