Finds a Book Friday is here with another goodie for you. Christian Author Melissa Jagears has written the third installment in her Teaville Moral Society Series. Don’t fret if you haven’t read the other two, each book in this spectacular series may be read as a standalone, but after reading one you will yearn to read the others. “A Chance at Forever” is every bit as good as the first two books and even trumps them. I know! How could that be?! When I read Book One I was certain author Jagears had peaked and would never write a book to equal “A Heart Most Certain.” Wrong. The second book, “A Love so True,” was just as delightful. Along comes book three and it even surpasses those two.

Author Jagears is a gifted storyteller and wordsmith. Her books paint vivid tales of a time long gone, days harder than we have, and always give glory to God. She doesn’t write Christian fluff with a light sprinkling of inspiration. Jagears is heavy handed with it and I applaud her for that.  Her novels have life lessons and heart fluttering romance.  She writes a great love story.

In “A Chance at Forever” she continues her story of helping children. 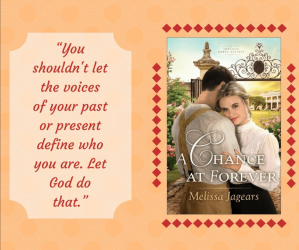 Mercy McClain works at the town’s orphanage and is also on the school board. As a child she was bullied by many kids but especially by George Firebrook. She is still carrying around baggage from her childhood.

George Aaron Firebrook comes back to the town of Teaville to make amends for his past. He was mean and bullied others when he was younger. Now he has changed inside so he has changed his name and outside appearance, too. He wants to teach and has applied for the position in town. Mercy won’t approve his application.

True to her writing style, Author Jagears provides another book that refuses to be set down. It is so good it demands to be read. I went through a spectrum of emotion while reading this. At times I giggles and laughed, got mad, cried, caught my breath, and nodded in agreement. Jagears gives an abundant helping of inspiration, and life lessons. Topics of grace, redemption, mercy, vengeance, forgiveness (both for others and self), love, Christianity, hypocrisy and bullying are presented in a lovely way.

A wonderful surprise was the reintroduction of past, beloved characters. Charlotte (Charlie) and husband Harrison Gray opened the book, which for me was like a reunion with old friends. They aren’t the only old friends to grace this story. I literally said out loud at one point “I’ve missed you, my friend” to a character.

Aaron writes letters to everyone he has bullied and hurt. 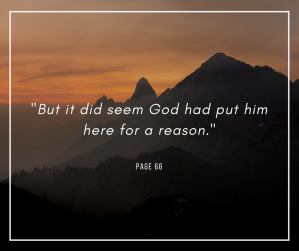 He seeks forgiveness and wants to make restitution. Some letters are not answered, but one response brings him to the Orphanage. From then on all I will say is wow! My dishes piled up and nothing got finished except this book. Oh, my! What a book.

I definitely recommend “A Chance for Love” and the Teaville Moral Society books. Actually, I recommend everything this author has written. The only thing I missed was that this one did not have discussion questions. No worries though, with the issues of bullying, forgiveness, a person’s past, and God’s love there is plenty to chat about in any group. Let me know what you think after reading it. I know you will be thrilled with it like I was.  I rated it a 6 out of 5 stars. Okay, okay.  A 5 out of 5, but it deserves more. 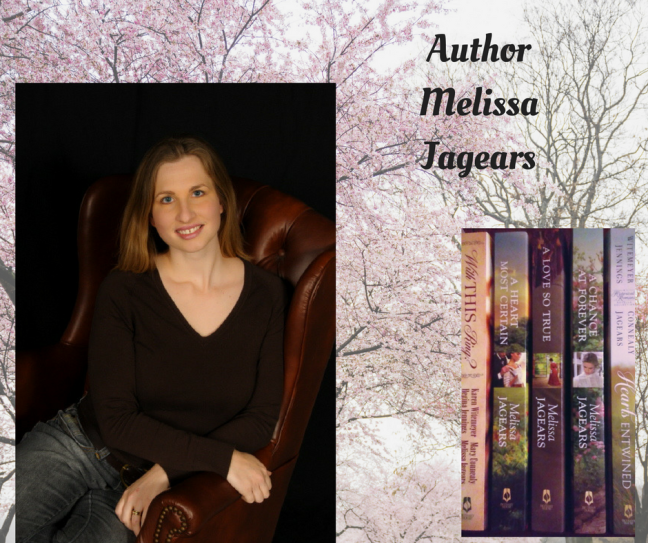