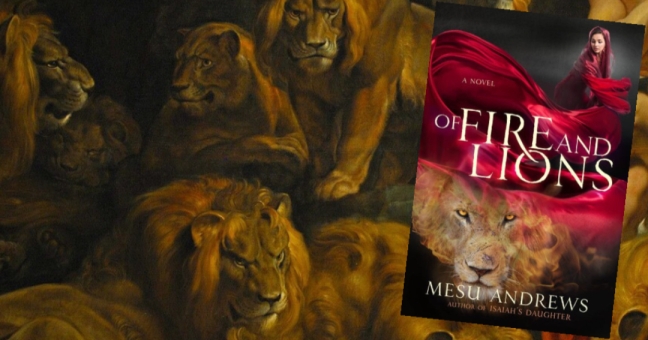 I was well acquainted with  the story of Daniel and Shadrack, Meshack, and Abednego.  My young years in Sunday School taught me those stories and we even sung songs about them.  However, “Of Fire and Lions” taught me so much more about this biblical story.

Author Mesu Andrews is an exquisite author of biblical fiction.  She does her research diligently and produces an exemplary novel.  It took me one paragraph, that’s all, to become invested in her latest masterpiece.  Her penned words picked me up and gently set me down in Daniel and his wife Abigail/Belili’s home.  With the author’s talented style I was able to glimpse the land, feasts, customs, and life of Daniel’s time.  Her eloquent words flowed gracefully and never stumbled. 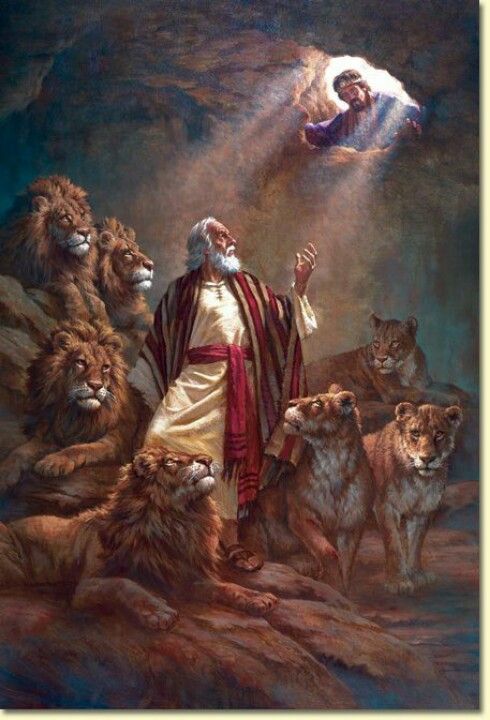 Emotions seemed to transfer to me as I felt snubbed or frightened as Abigail admitted she did.  Daniel became frustrated and so did I.  Even with the three men, I felt their anxiety and then strength.   This novel confirmed what we already know, our God is powerful and a safe refuge in times of trouble.

The author knows how to get readers involved and feel what she has written.  Descriptions were vivid and to the point.  Every word had a responsibility in this work of art and together they produced a stunning, God-glorifying retelling of a biblical story or two. 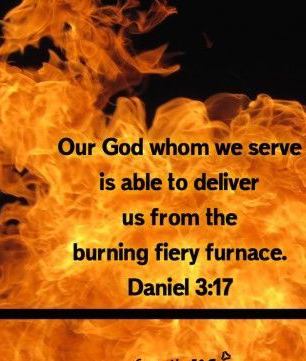 Each chapter begins with scripture.  That was a favorite thing for me.  The point of view alternates between Daniel and his wife throughout the book.  I adored that.  Since this was fiction, I had to remind myself that it did not necessarily happen this way.  Blanks were just filled in by the author.  However it seemed possible.

All of the essentials for a Christian book were met.  First and foremost, it was easy to see this was a Christian fiction that honored a God.  Secondly, I gleaned information.  It is refreshing to come away from reading a novel with information that I previously did not know.  Thirdly, there are discussion questions.

I highly recommend this book.  It made me feel closer to God as I read it.  Anyone would benefit from reading it.  A reading group would find this to be the perfect choice.  I rated it 5 out of 5 stars.  A copy was provided by the publisher by I was under no obligation to write a favorable review.  These are my own, honest thoughts. 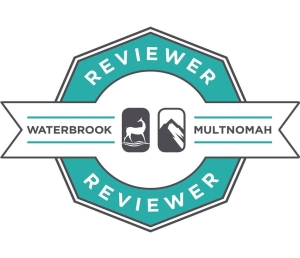 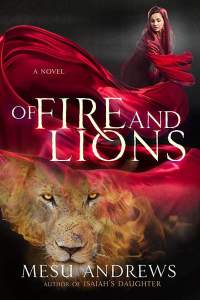 Survival. A Hebrew girl first tasted it when she escaped death nearly seventy years ago as the Babylonians ransacked Jerusalem and took their finest as captives. She thought she’d perfected in the many years amongst the Magoi and the idol worshippers, pretending with all the others in King Nebuchadnezzar’s court. Now, as Daniel’s wife and a septuagenarian matriarch, Belili thinks she’s safe and she can live out her days in Babylon without fear–until the night Daniel is escorted to Belshazzar’s palace to interpret mysterious handwriting on a wall. The Persian Army invades, and Bellili’s tightly-wound secrets unfurl with the arrival of the conquering army. What will the reign of Darius mean for Daniel, a man who prays to Yahweh alone?
Ultimately, Yahweh’s sovereign hand guides Jerusalem’s captives, and the frightened Hebrew girl is transformed into a confident woman, who realizes her need of the God who conquers both fire and lions. 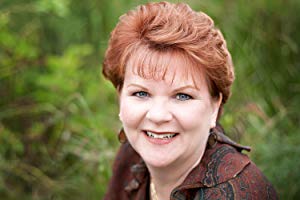 Mesu grew up with a variegated Christian heritage. With grandparents from the Pilgrim Holiness, Nazarene, and Wesleyan Churches, her dad was a Quaker and mom charismatic. As you might imagine, God was a central figure in most family discussions, but theology was a battlefield and Scripture the weapon. As a rebellious teenager, Mesu rejected God and His Word, but discovered Jesus as a life-transforming Savior through the changed life of an old friend.

The desire for God’s Word exploded with her new commitment, but devotional time was scarce due to the demands of a young wife and mother. So Mesu scoured the only two theology books available–children’s Bible stories and her Bible. The stories she read to her daughters at night pointed her to the Bible passages she studied all day. She became an avid student of God’s Word, searching historical and cultural settings as well as ancient texts and original languages.

Mesu and her husband Roy have raised those two daughters and now enjoy a tribe of grandkids, who get to hear those same Bible stories. Mesu’s love for God’s Word has never waned. She now writes biblical novels, rich with spiritual insight learned through fascinating discoveries in deep historical research.

Her first novel, Love Amid the Ashes (Revell)–the story of Job and the women who loved him–won the 2012 ECPA Book of the Year in the Debut Author Category. Her subsequent novels have released with high praise, shedding light on some of the shadowy women of Scripture. Love’s Sacred Song (Revell, 2012) tells the story of the beloved shepherdess in King Solomon’s Song of Solomon. Love in a Broken Vessel (Revell, 2013) tells the story of Hosea and Gomer and is the final stand-alone novel in the Treasures of His Love Series. Her fourth novel, In the Shadow of Jezebel (Revell, 2014) tells the fascinating story of Queen Athaliah and the courageous Princess Jehosheba.

The Treasures of the Nile series (Waterbrook/Multnomah, 2015-16) included The Pharaoh’s Daughter and Miriam and spanned Moses’ life from birth to the Exodus. Her 2017 release, Isaiah’s Daughter (Waterbrook/Multnomah), explores the life and ministry of the prophet Isaiah and the tumultuous days of Judah under the reigns of Ahaz and Hezekiah but focuses on the woman Hephzibah–a fascinating character in Jewish legends.

Mesu writes in their log cabin tucked away in the beautiful Appalachian Mountains. Her best friend is an American Staffordshire Terrier named Zeke, who keeps her company on long writing days. Zeke also enjoys watching movies, long walks in the woods, and sitting by the fireplace on rainy days.

2 thoughts on “Of Fire and Lions by Author Mesu Andrews”